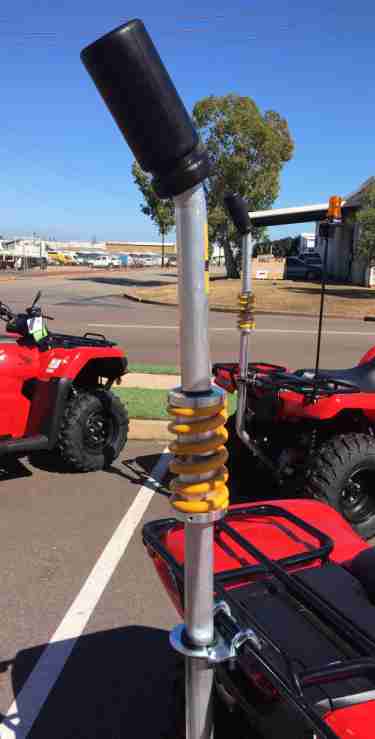 A new design for the quad bike bar that can flex if the bar hits a low branch.

Quad bikes are one of the biggest causes of death for farmers in Australia but debate rages about whether operator protection devices do more harm than good when it comes to saving lives. Managing director of Quadbar Industries, David Robertson, has designed an updated model of rollbars for ATVs. According to Safe Work Australia, there have been six quad bike related fatalities this year (as of May 2), with five out of six, occurring from rollovers. 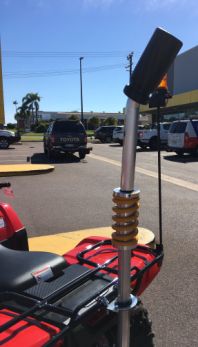 Earlier this year, a landmark Queensland court decision ruled unmodified quad bikes unsuitable for mustering cattle, in a case brought against a Gympie, Queensland, farm business by a worker, who broke a leg while mustering on a quad bike. Judge David Reid ruled the “quad bike was inadequate for use in mustering on the property, there was a foreseeable risk of injury which the defendant did nothing to adequately control (and) did not exercise reasonable care to make the bike safe (for) safely mustering the cattle”.  The worker broke his leg when he put it out to prevent the quad bike from rolling over.

Judge Reid’s ruling stated that “if the machine was fitted with rollover protection and a safety belt, the defendant would not have faced the need to put out his leg as he did to protect himself from a rollover accident”. The court ordered the business pay the worker $400,000.  The ACCC report stated OPDs or rollbars are designed to prevent the quad bikes from crushing the rider in an accident to prevent chest injuries and asphyxiation.

The rollbar acts as a prop to stop the bike from being able to lay flat and crush the rider.  It said as 38 per cent of quad bike fatalities occurred on terrain where an incline was noted, a rollbar would help prevent the bike from being able to roll directly backwards.  This month major quad bike manufacturers Honda and Yamaha threatened to pull out of the market if the ACCC’s draft standard became law.

This article was sourced from Rural Weekly, written by CASSANDRA GLOVER, May 28, 2019. 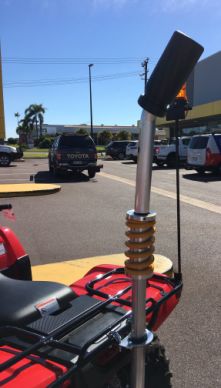